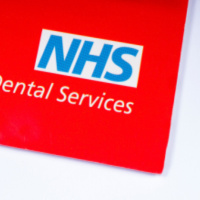 The British Dental Association (BDA) has warned that NHS dentistry could die out, as studies show that thousands of dental practices have cut ties with the service.

Since the start of the pandemic in March 2020, 3,000 dentists have left the NHS. The BDA fears that NHS dentistry will disappear if practices continue to “sever ties” with the health service. Figures indicate that many more practices are likely to switch to private dentistry or reduce NHS provision in the year ahead.

The mass exodus from NHS dentistry will leave millions of patients without access to a dentist, the BDA cautioned. Patients across the country are already feeling the effects of dentist shortages, with many struggling to get appointments, join practice lists or access emergency care. Some areas have been described as “dental deserts” by BDA members.

Maria Caulfield, the minister for patient safety, said that the government has already provided additional funding worth £50 million for 350,000 extra appointments, but there has been widespread criticism that this sum is not enough. There are also suggestions that extra funding is worthless without the staff to carry out treatment. Shadow health minister, Labour’s Feryal Clark, accused the Conservatives of overseeing a “decade of mismanagement.”

A recent survey of high street dentists revealed that 45% had reduced NHS work since March 2020 and 75% were planning to decrease provision in the next year. Over 60% had vacancies for dentists. The poll also highlighted the problems dental teams face, with 87% of dental professionals surveyed admitting to experiencing stress, burnout or signs of other mental health conditions in the last two years.

This entry was posted on Thursday, May 26th, 2022 at 8:40 am and is filed under NHS Dentistry. Both comments and pings are currently closed.