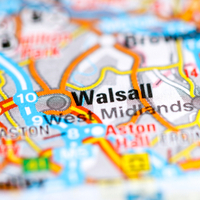 A dental practice in Aldridge is set to expand after receiving the green light from planning officers at Walsall Council.

The owners of The Priory Dental Practice, which is located on Portland Road, will now be able to add two new treatment rooms. This is the second time the practice has submitted a planning application. The first proposal, which included plans for three new rooms and extra parking, was turned down in 2018. At the time, planning officers voiced concerns over additional parking and said that the scale of the extension meant that it wasn’t solely intended to meet the needs of local residents.

Having taken the feedback from the first application on board, the practice owners submitted a revised draft proposing to add two rooms at the rear of the property. There were no plans to alter existing parking arrangements.

The two new consulting rooms will enable the business to grow and the team is hoping to attract new patients from the Aldridge area.

The statement that accompanied the second submission suggested that there were no alternative premises that were suitable within the centre of Aldridge and added that it would not be viable to create additional spaces that were sectioned off from existing practice.

Now that the plans have been given the go-ahead, the team is looking forward to welcoming patients to the new and improved clinic once work on the extension has been completed. The practice will continue to operate as normal during the renovation period.

This entry was posted on Thursday, November 14th, 2019 at 12:48 pm and is filed under General. Both comments and pings are currently closed.