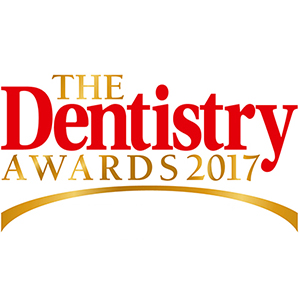 A promising young dentist from Abergavenny has plenty to smile about in the run-up to Christmas after being crowned the Young Dentist of the Year at the 2017 Dentistry Awards. Rhodri Thomas can add the prestigious title to the Best Young Dentist award, which he won at the Private Dentistry Awards in 2016.

Dr Thomas, who studied at Cardiff University, has also been named as a ‘Leader of the Future’ by Dentistry Magazine and he has also attracted plaudits for his work on the Heart Your Smile Campaign. The young Welsh dentist has also received the Heraeus-Kulzer Prize from the British Society of Prosthodontic for a research project on tooth wear.

Although he’s still young, Dr Thomas has attracted a lot of attention on the national and global dental scenes, and he has been asked to speak at the American Academy of Cosmetic Dentists in Chicago. He regularly lectures in the UK and has established a reputation for producing outstanding results, most notably in the fields of cosmetic and restorative dentistry.

Dr Thomas is based at Lodge Dental in Abergavenny.

This entry was posted on Friday, December 22nd, 2017 at 5:00 pm and is filed under Dental Awards. Both comments and pings are currently closed.