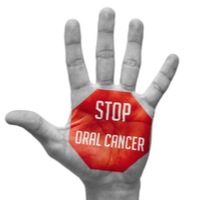 The MSP for Aberdeen Donside, Mark McDonald, is on a mission to raise awareness of mouth cancer after losing his father to the deadly disease.
Speaking after NHS Grampian launched a new campaign to educate people about the risk of oral cancer, Mr McDonald underlined the importance of being mouth aware. In February, Mr McDonald lost his father, Abbey, to mouth cancer at the age of 60. It emerged that Abbey had a cancerous ulcer, which he had ignored for several weeks. By the time Abbey had been diagnosed, the cancer was advanced, and Mr McDonald wanted to use the example to try and encourage people to be aware of changes in the mouth and potential symptoms of oral cancer.
NHS Grampian has a new initiative in place, but the Aberdeen MSP has questioned whether enough is being done to raise awareness of the symptoms and signs of mouth cancer. Studies show that the vast majority of people are unaware of the most common symptoms, despite the fact that mouth cancer kills more people in the UK than testicular and cervical cancer combined. The number of cases diagnosed in Grampian has increased in line with national trends, which show a rise of almost 50 percent in the last 10 years.
Mr McDonald questioned public health minister, Joe Fitzpatrick, about the issue in parliament recently, and is working to improve education and ensure that many more people are aware of the warning signs they should be looking out for. Mr Fitzpatrick said that there plans in the pipeline to prioritise preventative care.
Consultant in public dental health at NHS Grampian, Jonathan Illoya, pointed out that mouth cancer now kills more people in Scotland than car accidents, and stated that the board is stepping up efforts to raise awareness of causes and symptoms and encourage patients to attend regular routine dental checks.

This entry was posted on Tuesday, December 18th, 2018 at 9:18 am and is filed under Oral health. Both comments and pings are currently closed.