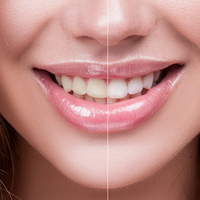 A woman who was fined by the General Dental Council for offering tooth whitening services has told the BBC that she had no idea what she was doing was illegal.

Brenda McFadyen, from Clydebank, was fined by the GDC after admitting to providing whitening services without the required dental skills and qualifications. In line with the Dentists Act 1984, the GDC penalised Mrs McFadyen for treating patients without having the relevant skills or training. As tooth whitening is a dental treatment, it must be administered by qualified dental professionals who are registered with the General Dental Council.

Mrs McFadyen had been offering the treatment for around 3-4 years when police knocked on her door unexpectedly earlier this year The GDC had employed private investigators to determine what was going on and subsequently discovered that Mrs McFadyen was indeed providing tooth whitening illegally.

Mrs McFadyen said that she offered tooth whitening to generate a bit of extra income, as she is retired, and claimed that she had no idea that it was against the law. In court, she pleaded guilty and was fined £1,000.

The GDC said that it acted to protect the public and encouraged anyone else who supplies dental services without the relevant accreditation to cease with immediate effect. The GDC has now taken legal action against a host of individuals who have been found to be providing dental services as part of a clamp down on illegal whitening.

This entry was posted on Wednesday, December 5th, 2018 at 5:07 pm and is filed under teeth whitening. Both comments and pings are currently closed.