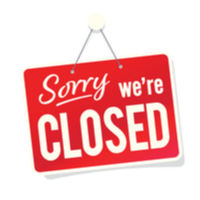 The opening of a new dental surgery in Westbury has been postponed.

South Cliff Dental Group was planning to host an open day to celebrate the grand opening of the new High Street practice on Monday 1st July, but the event was cancelled due to the fact that building work is still underway. Instead of opening as planned, the practice will now operate a mobile unit until September when construction is due to be completed.

The practice will take on patients in the town after it was confirmed that from June 26th, the White Horse Dental Practice would cease to provide services as part of its previous NHS contract.

At the time, NHS England confirmed that Dumbledore Ltd, which is part of the South Cliff Dental Group, would be taking over the NHS contract. The plan was to transfer existing patients from the White Horse Dental Practice and create up to 300 additional NHS places.

Patients who have questions about the new practice are encouraged to call 111 or visit the NHS Choices website.

The opening of the new Westbury clinic was due to be attended by the Mayor of Westbury, Cllr Mike Sutton, and the team is hoping to confirm his appearance at the rescheduled opening later in the year.

This entry was posted on Tuesday, July 9th, 2019 at 3:43 pm and is filed under General. Both comments and pings are currently closed.