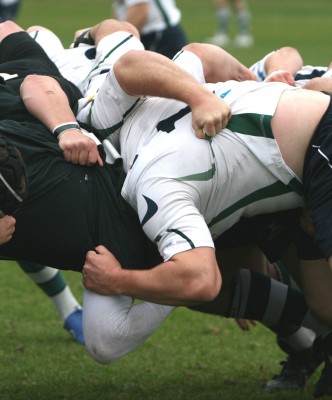 A Welsh rugby legend has plenty to smile about this Christmas after a local dentist treated him to a brand new set of teeth.

Graham Price, who represented Wales a number of times in the 1970’s and 1980’s, has struggled with wearing dentures for many years, but he can now look forward to tucking into his roast turkey dinner thanks to local dentist, Dr Nigel Jones. Dr Jones saw Mr Price about a filling, but discussed implant treatment with him after noticing that he was missing a large number of his natural teeth.

Mr Price suffered several facial injuries during his playing career and has been wearing dentures as a result for the last 40 years.

For the first time in four decades, Mr Price said that he is relishing the opportunity to enjoy a traditional Christmas dinner and he added that he feels much more confident with his new smile. He no longer has to put up with sore and irritated gums and he can brush his teeth without having to worry about taking and replacing his dentures.

Dr Jones, who is based at Smiles Better in Abergavenny, has extensive experience in implantology and is recognised as one of the leading implant dentists in the UK. He said it was a pleasure to treat Mr Price, who is described as a ‘legend’ of the game in Wales.

This entry was posted on Wednesday, December 23rd, 2015 at 9:43 am and is filed under celebrity dentistry. Both comments and pings are currently closed.