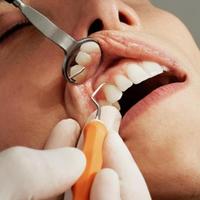 A new watchdog report suggests that patients in Wiltshire are waiting 18 months for a dental appointment.

The watchdog found that only 8 out of the 48 practices had NHS child places available and of the eight, five advised waiting times of between 6 weeks and 3 months.

The report also revealed that over 75% of practices do not recent information on the NHS website.

Healthwatch Wiltshire suggested that there has been a marked increase in the number of complaints about dental services, with dental issues now one of the four most common reasons to get in touch with the body.

Most people who had contacted the watchdog were unable to register with an NHS dentist or make appointments, including several military families.

This entry was posted on Tuesday, January 11th, 2022 at 9:22 am and is filed under Dental Access. Both comments and pings are currently closed.