Waiting times increase in Scotland, as more than 1,000 dental patients face a wait of 12 weeks for treatment 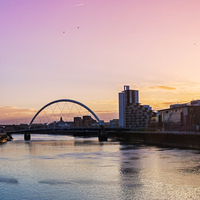 Waiting times for dental treatment have increased in Scotland, with more than 1,000 patients facing a wait of over 12 weeks.

New figures suggest that around 22% of patients (1,139 people) who were on a waiting list for treatment at the end of March 2019 had been waiting for at least 12 weeks. The statistics were obtained by the Scottish Liberal Democrats. The party claims that there has been a four-fold increase in waiting times since March 2015.

Waiting times were worst in Greater Glasgow and Clyde. Here, 340 people had been waiting at least 12 weeks for treatment. This area was followed by Grampian and Highland in second and third place respectively.

Liberal Democrat MSP, Alex Cole-Hamilton, stated that his party had made major in-roads in improving access to dental services in Scotland, but recently, the SNP has let standards slip, leaving hundreds of people facing an agonising wait for treatment. Mr Cole-Hamilton accused the SNP of breaching agreed time-frame guarantees, and said that “incisive action” was required, especially in light of the fact that hundreds of dentists are planning to retire or leave the NHS in the coming years.

This entry was posted on Tuesday, June 25th, 2019 at 4:09 pm and is filed under General. Both comments and pings are currently closed.