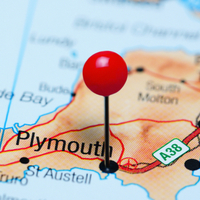 Figures suggest that more than 16,000 people are waiting to see a dentist in Plymouth.
At a recent council meeting, councillors discussed the worsening dental crisis, with the latest statistics showing that over 16,800 people are waiting for NHS dental care. Councillors voted unanimously to back a motion to tackle the problem.
Among the thousands of patients waiting to get an appointment is a Navy veteran from Keyham, who has had to turn down the opportunity to access free NHS care because he cannot get an appointment for two years. The veteran, who did not wish to be named, has received free dentistry all his life as a result of being in the forces but has now switched to a private dentist because he needs treatment and he cannot find an NHS practice that will offer him an appointment. The man said that he had left the Navy in October 2019 and had since been on a waiting list.
Another patient in a similar situation is Mark Fitzsimons, a professor of environmental chemistry. Prof Fitzsimons and his wife have now been waiting for six years to see a dentist in the city and have also turned to private dental services. The couple had previously visited Plymouth Dental School but felt that others were in greater need of the service. Thankfully, the couple can afford to pay for private care but there are thousands of people in Plymouth who are not in the same position and the professor is worried about the impact of a crisis that is getting worse day by day.

This entry was posted on Friday, June 18th, 2021 at 4:45 pm and is filed under NHS Dentistry. Both comments and pings are currently closed.