Vulnerable patients forced to wait up to 3 years to see a dentist in Victoria, Australia 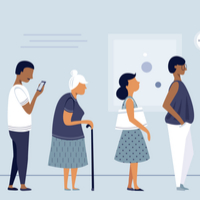 Patients, including those from deprived areas and vulnerable groups, are waiting up to three years to see a dentist in parts of Victoria, Australia, it has been revealed.
Data suggests that pensioners, health card holders and refugees are being forced to join lists with an expected waiting time of more than 30 months, despite the fact that dentists in the state recommend annual routine checks.
Patients who are unable to pay for a private dentist have no option but to join waiting lists for public dentists, with an average wait time of 32.7 months.
According to the Victoria branch of the Australian Dental Association, the waiting time for public dentistry has increased by 50 percent in the last four years alone. In 2014/2015, patients were waiting around 12 months to see a dentist, but this figure has increased significantly to more than 20 months in 2018. The duration was even longer for patients with health cards, older patients and refugees, with many waiting almost three years.
The Australian Dental Association Victoria Branch estimates that funding worth an extra $40 million per year is needed to provide the required additional public dental services.

This entry was posted on Wednesday, January 2nd, 2019 at 5:37 pm and is filed under General. Both comments and pings are currently closed.