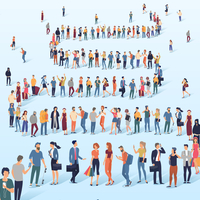 A Truro councillor has called for urgent action, as 50,000 people across Cornwall wait for an NHS dental place.

Independent councillor, Loic Rich, has requested that Cornwall Council backs calls for immediate intervention, as research shows that there are now more than 48,000 people on dental waiting lists. Mr Rich has widespread support from other councillors and has tabled a motion at a forthcoming meeting to discuss the situation and to consider measures that could help to improve access to local NHS dental services. One option is that the council’s community networks could liaise with dental providers to gather ideas and information about what could be done to increase the number of available places.

Cllr Rich said that dental access has been a problem for some time in parts of the county, but in recent months, the situation has become intolerable, with many patients facing a choice between making lengthy trips to the dentist or paying for private care. People in the ward have contacted Cllr Rich to raise concerns, and news reports recently revealed that some patients living in Bodmin have been encouraged to make a 60-mile round trip to Redruth to get an appointment.

A report from NHS England outlined plans to increase NHS places in Cornwall, but Cllr Rich is worried that the measures don’t take the scale of the issue into account. People need to be able to see a dentist on a regular basis. Children are now benefiting from supervised brushing schemes in schools, but they can’t get into a dental practice, and this is worrying.

This entry was posted on Thursday, April 11th, 2019 at 10:09 am and is filed under General. Both comments and pings are currently closed.