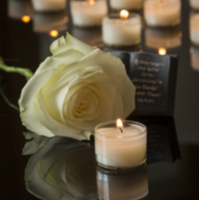 Former colleagues and patients have paid tribute to a hugely popular Mattishall dentist. Jim Baines, who cared for patients in Dereham for more than 40 years, passed away on Friday 25th October at the age of 87.

Jim was an active member of the local community, and he treated several generations during his time at Beech House Dental Surgery on the High Street. Having spent more than four decades at the same practice, Jim was well-known to several members of the same families, and he took great pleasure in getting to know new patients, as well as cementing strong ties with those who were at practice when he joined.

Jim was born in Reading and studied dentistry at college in Sheffield. His father took over Beech House, and in 1957, Jim started working at the clinic. In 1958, Jim bought a house in nearby Mattishall and after several years of working with his father, he took charge of the practice. Jim devoted much of his time to caring for patients at Beech House and after over 40 years in the dental chair, he retired in 1993. Jim’s first wife, Kath, died in 1991 and in 1995, he married his second wife, Lynne, with whom he spent 24 years.

Jim had thrown himself into retirement after hanging up his dental drill, and remained very active, enjoying time on the golf course and exercising his grey matter by completing an Open University degree. Jim also took great pleasure in spending more time with Lynne and his children and grandchildren and continuing to attend Norwich City’s home matches as a season ticket holder.

Jim died suddenly on Friday 25th October and since hearing the news, colleagues, patients and friends have paid tribute to him, describing him as “kind,” “lovely” and “a perfect gentleman.”

This entry was posted on Monday, November 11th, 2019 at 4:30 pm and is filed under General. Both comments and pings are currently closed.