Thousands of dental fines overturned by the NHS 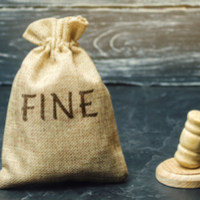 Thousands of dental fines have been overturned by the NHS, a watchdog report has revealed.
In 2018, there was widespread concern after it was confirmed that there had been a huge increase in the number of dental patients receiving fines. The vast majority of those who had been sent a penalty fine notice had mistakenly filled in the claims form, which is required to benefit from free NHS dental care. At the time, the British Dental Association accused the NHS of targeting the most vulnerable patients, with many of those affected suffering from additional needs and underlying health issues.
A National Audit Office investigation has since revealed that more than 1.7 million dental and prescription fines have been overturned by the NHS since 2014. The fines relate to people who were deemed to be claiming free treatment fraudulently.
The National Audit Office decided to carry out an investigation amid concerns that dental patients were being fined for making genuine mistakes. The claims were connected to patients who were eligible for free NHS treatment. Having examined penalties handed out since 2014, the watchdog found that 30% were withdrawn. This equates to around £188 million.
Meg Hillier, chair of the Public Accounts Committee, said that the current system wasn’t working properly and urged the NHS to take action to prevent eligible patients from receiving penalty notices and eliminate the stress and distress such notices can cause.
The system has also come under fire from the BDA. Representatives believe that vulnerable people are being deterred from going to the dentist due to fear of being fined, and there is also a concern that those who do receive wrongful fines feel the need to pay them even if they are eligible for free treatment.

This entry was posted on Wednesday, May 15th, 2019 at 11:05 am and is filed under Free Dental Care. Both comments and pings are currently closed.