Thousands of Children Waiting for Braces in Wales 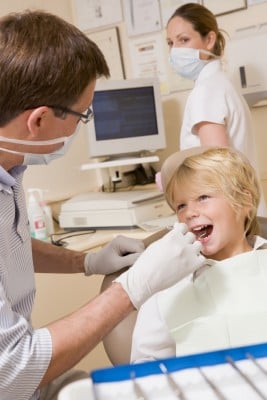 Thousands of children are waiting for braces in Wales, it has been revealed.

In an interview with BBC Radio Wales, David Howells from Pencastell Orthodontics, the only NHS practice offering orthodontic treatment in west Wales, said that the waiting lists for children are very long and around 4,000 children in Wales are waiting for treatment.

It is believed that a lack of funding is to blame for the backlog, which could take up to 5 years to clear in areas including Ceredigion, Pembrokeshire and Carmarthen. The average waiting time is currently 3 years in other counties.

A spokeswoman for the Hywel Dda University Health Board said that it was working with the government to try and reduce waiting times and ensure children have access to the appropriate services. However, the situation was very difficult due to the high number of referrals.

The British Orthodontic Society claims that delaying orthodontic treatment can make problems worse in children and contribute to longer treatment times in the future.

Mr Howells added that there is currently only funding to treat 800 patients a year and the number of referrals is far greater, contributing to growing waiting lists. In some cases, children who are recommended for treatment are not actually getting the treatment they need until years later. There are even a few examples of teenagers not getting their braces until they reach their 20s.

Mr Howells said that the situation started to become a problem in 2006 when the new dental contract was introduced, as practices used to have control of their own lists and this was passed onto health boards.

In response to the situation, the government claims that it has invested £700,000 into improving access to treatment in addition to launching an outreach scheme to speed up the assessment process.

This entry was posted on Friday, February 20th, 2015 at 10:02 am and is filed under orthodontics. Both comments and pings are currently closed.