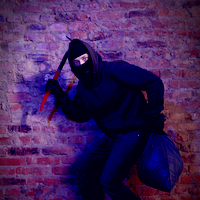 Thieves have made off with thousands of pounds’ worth of Botox after raiding a dental warehouse in Witham, Essex.

Essex Police have confirmed that Botox worth a “six-figure sum” was stolen from Dental Directory at the weekend. Officers believe that the incident took place between 8pm on Saturday 23 rd February and midnight on Sunday 24th .

Police are now appealing for information about the raid, which they believe was carried out by a minimum of four men using a white Ford Transit van. Officers are concerned about public safety, as Botox needs to be stored securely.

Det Sgt Richard Newton, said that all medicines must be stored safely and also administered by people who have the necessary training and skills to do so. Police are now asking anyonewho has been offered Botox for sale or approached about cosmetic facial treatment to get in touch. The boxes are marked with the brand name Azzalure.

Botox is an increasingly popular aesthetic treatment, which reduces the visibility of lines and wrinkles by restricting the contraction of the facial muscles.

This entry was posted on Thursday, February 28th, 2019 at 5:00 pm and is filed under General. Both comments and pings are currently closed.