Thieves make a clean break after stealing more than £25,000 worth of mouthwash 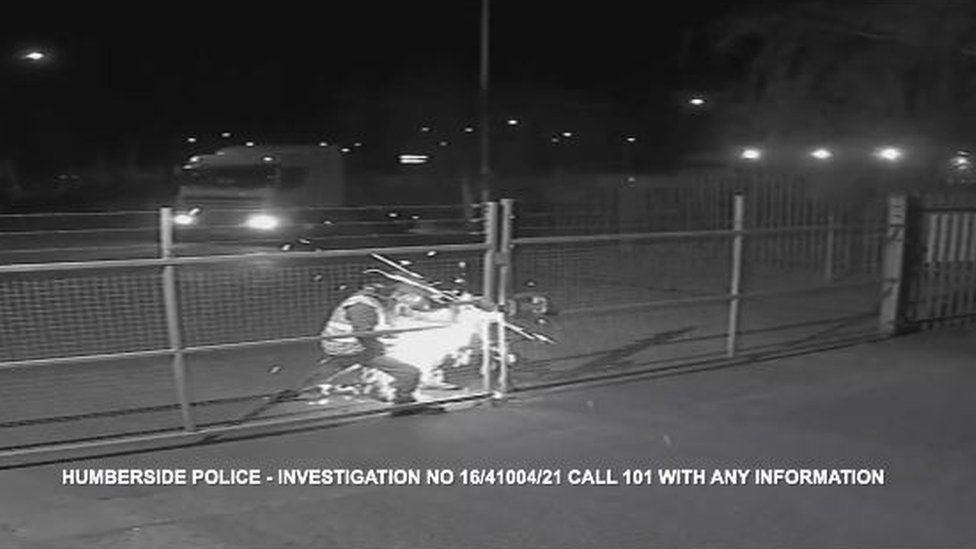 Police have appealed for information from the public after thieves stole more than £25,000 worth of dental products from a haulage container in Lincolnshire.

A trio of thieves took thousands of pounds worth of mouthwash and chewing gum from a haulage container based at a locked compound in Stallingborough on the 16th April.

CCTV footage from the yard shows two men breaking through the gate and then driving away with the haul of dental supplies. Two male suspects were seen getting out of a vehicle, which was driven by a third man.

CCTV images show the men using an angle grinder to gain access through the gate before a tractor unit is employed to ram through the internal barrier.

The vehicle is then spotted later on the tape with a haulage container attached. The trailer was found by police abandoned at the Yarra industrial estate near Sheffield on the 29th June. The number plates had been swapped.

Police are now asking anyone who has information about the incident or the suspects involved to come forward. CCTV footage shows three males, one of whom has a high-vis waistcoat and appears to be unable to use his right arm.

Members of the public can contact Humberside Police via the non-emergency number 101 or via Crimestoppers anonymously.

This entry was posted on Wednesday, September 15th, 2021 at 9:20 am and is filed under Crime. Both comments and pings are currently closed.