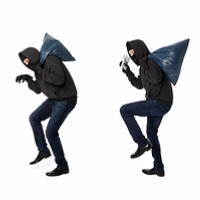 Two men have been jailed after “ransacking” a dental practice in Runcorn in March.

Anthony Wain and Samuel Hambleton, both from Runcorn, appeared at Chester Crown Court facing charges of burglary following a break-in at Halton Lodge Dental Surgery on the 20th March. Both men pleaded guilty to the charges brought against them.

Speaking for the prosecution, Michael Whitty, said that an eye-witness had seen the two men hanging around the rear of the building. When his friend arrived, they questioned the pair about what they were ding, and they explained that the building was empty. They saw the men carrying bags out of the premises, and police later discovered contents, including tubes of toothpaste, at a house in the town.

The duo stole more than £2,000 in cash, as well as dental supplies and everyday items, such as coffee and tea. Fixtures and fittings were also damaged in the raid, and the practice owners had to spend £1,700 in repairs. The surgery was closed for three days, which caused significant disruption for staff and patients, Mr Whitty explained.

In defence of his client, Mr Wain, Simon Christie said that Mr Wain had suffered from drug and alcohol addiction, but he has now been clean for eight months.

Judge Patrick Thompson said that the pair had mercilessly ransacked the surgery, and this had caused inconvenience for patients and great “hardship” for the business. Mr Wain was given a 28-month sentence, and Mr Hambleton, who already had a tag, was jailed for 24 months.

This entry was posted on Wednesday, November 23rd, 2016 at 6:37 pm and is filed under General. Both comments and pings are currently closed.