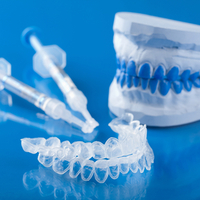 The Oral Health Foundation is encouraging patients to be wary of the risks of illegal tooth whitening following a BBC report. An undercover investigation exposed multiple companies offering courses that are not recognised by dental bodies.

Tooth whitening is classed as a dental service, and as such, it must be provided by dental professionals who are registered with the General Dental Council. BBC reporters discovered that there are several businesses offering illegal qualifications to practitioners who have no dental training or expertise. In the vast majority of cases, individuals have no idea that the certificates they receive could land them in hot water with the GDC. Legislation means that anyone who administers illegal treatment is eligible for prosecution.

The BBC investigation found that some courses only last a few hours, and one school professed to training thousands of individuals, many of them beauticians. One beautician who was interviewed by BBC staff said that she was desperate to boost her earnings and she was completely unaware that the qualifications were fake. She said that she was incredibly distressed about the situation and that it had triggered anxiety and depression.

Tooth whitening can cause increased sensitivity, chemical burns, inflammation of the lips and gums and even tooth loss, and this is why dentists are so keen to ensure that patients have all the information they need to find a reputable provider. President of the Oral Health Foundation, Dr Ben Atkins, said that dental treatment has the potential to go very wrong, and dentists are trained to cater for every eventuality. Untrained practitioners would not know how to deal with complications, and the risk of cross-infection and contamination is also elevated.

Dr Nigel Carter OBE, chief executive of the foundation, said that it was crucial that beauticians were made aware of GDC regulations and that patients were informed about illegal whitening providers.

This entry was posted on Wednesday, February 12th, 2020 at 9:10 am and is filed under teeth whitening. Both comments and pings are currently closed.