The End of the Dental Drill? 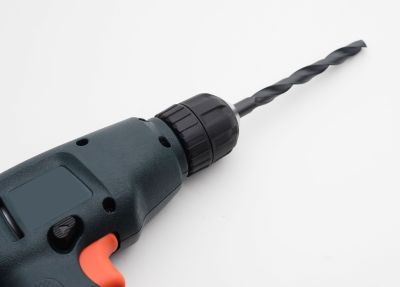 Tooth decay affects a large portion of the population, due to the ease of its progression. Tooth acid created by plaque bacteria attacks the tooth, dissolving the enamel and minerals and forming holes, which gradually increase in size until they become a cavity. This is then usually treated with a drill and filling material to stop further decay and damage.

The sound of the dental drill is one that strikes fear into many people’s hearts , who then make an extreme effort to go without necessary dental work to avoid the related pain. However, researchers at the University of Leeds have found a way to fight against dental decay without the use of the dreaded dental drill.

They have created a peptide-based fluid, which is easily and painlessly painted onto the surface of the weakened tooth. The liquid is able to form itself into a fibre, which then fills the pores opened up by the acid and settles as a gel. This gel then draws in calcium, which helps the tooth to regenerate.

Only a small group has been initially tested with the peptide treatment but so far the results have been very positive. Professor Paul Brunton from the University of Leeds Dental Institute was extremely excited by the current findings, saying, “If these results can be repeated on a larger patient group, then I have no doubt whatsoever that in two to three years time this technique will be available for dentists to use in their daily practice.”

A pain-free way to battle dental decay will be welcomed by all and who knows in a few years time this treatment could see the end of the dental drill.

This entry was posted on Thursday, September 1st, 2011 at 9:32 am and is filed under General. Both comments and pings are currently closed.