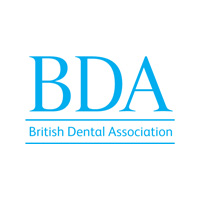 The British Dental Association in Northern Ireland has called for a major shakeup in dental services to correct and address long-standing issues.
In an open letter to the Department of Health’s permanent secretary, Richard Pengally, the organisation has accused ministers of failing to prioritise oral health and called for urgent action to improve the NHS dental service. The letter, which has been signed by the chairs of three BDA Northern Ireland committees, highlights a series of shortcomings, which are damaging both dental patients and professionals.
BDA officials stated that they welcomed news of additional funding made available by the Prime Minister to mark the NHS’ 70th anniversary, and called for those in charge of the NI budget to put dental health at the forefront of spending. The funding pot will equate to an extra £600 million per year for Northern Ireland by the year 2023, and BDA representatives are keen to stress the importance of improving existing dental services and investing in preventative care.
The BDA has also called for ministers to extend the HPV vaccine programme to include teenage boys and to consider funding initiatives like a sugar tax, which is in place in other parts of the UK. The HPV vaccine scheme has recently been expanded in Wales, England, and Scotland, and the BDA claims that failing to follow suit could put the lives of 12,000 boys at risk. HPV is most commonly associated with cervical cancer, but studies show that it can also increase the risk of oral cancer, a form of the disease, which has become more prevalent in all parts of the United Kingdom.

This entry was posted on Thursday, December 20th, 2018 at 9:57 am and is filed under Oral health. Both comments and pings are currently closed.