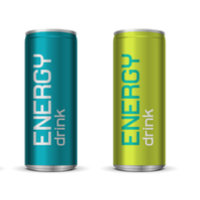 A teacher who confessed to downing at least 5 cans of energy drinks per day has shared shocking images of his blistered, worn tongue to raise awareness of the potential dangers of the popular, sugar-laden drinks.

Dan Royals took to social media to alert the public to the dangers of consuming energy drinks. Dan used to drink 5-6 cans per day, and when he went to visit his doctor, he was informed that the chemicals that are present in the energy drinks were contributing to significant damage in his mouth. The surface of his tongue, which is shown in the social media posts, is rough, with chunks taken out of it, and the skin is red and blistered. Some cans contain almost 60 grams of sugar in addition to harmful chemicals and artificial flavourings.

Dan, who is originally from Australia, but lives in Asia, said that he turned to energy drinks to give him a boost during the working day, and he soon found that he was getting through 5 cans a day, sometimes more. Insisting that he takes good care of his teeth and gums, Dan used his point to highlight the dangers of drinking energy drinks, and encouraged others with a similar penchant to think twice and consider alternatives.

Dan’s story has come to light just a few weeks after newspapers featured the tale of Vinnie Pyner from Margate, who became addicted to Monster energy drinks and ended up losing several of his teeth and undergoing extensive dental work to restore the remaining teeth.

Energy drinks are often marketed at young adults and they are seen as a means of boosting energy levels. While this may be beneficial, there is a sinister side. These drinks have very high sugar content, and they’re also packed with added chemicals and substances, which can be damaging to both oral and general health.

This entry was posted on Friday, March 29th, 2019 at 12:00 pm and is filed under General. Both comments and pings are currently closed.