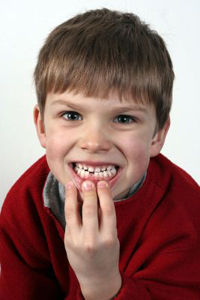 A Canadian study has suggested that low levels of vitamin D in pregnant women could increase the risk of dental cavities in children.

Researchers claim that vitamin D deficiency in pregnant mothers can contribute to issues with the enamel, which increases the risk of cavities in toddlers. As enamel develops while the foetus is still in the womb, the research team believes that a lack of vitamin D during pregnancy can have a negative impact before the teeth have even started to erupt.

The research team at the University of Manitoba in Winnipeg measures the levels of vitamin D in pregnant women during the second and third trimesters and then carried out tests to determine the oral heath status of their children. There was a total of 207 women involved and 135 children.

The research team, which was lead by Dr Robert Schroth, recommended improved nutrition during pregnancy to reduce the risk of vitamin D deficiency.

This entry was posted on Tuesday, April 22nd, 2014 at 10:32 am and is filed under Oral health. Both comments and pings are currently closed.