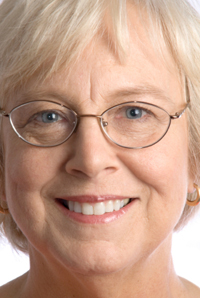 A research study has identified a link between oral health and dementia risk; researchers at the University of California found that good oral health could reduce the risk of developing dementia.

Researchers followed more than 5,400 older people over the course of an 18 year period and found that those who did not brush their teeth twice a day were more likely to suffer from dementia. The study revealed that people who brushed their teeth once or less per day were up to 65 percent more likely to develop dementia than people who brushed their teeth at least once a day. Participants in the study came from a retirement community in California and most were white, relatively wealthy and well-educated.

Other studies have also identified a link between poor oral health and Alzheimer’s disease, the most common form of dementia, with those suffering from gum disease more likely to develop Alzheimer’s.

Paganini-Hill added that inflammation associated with gum disease is also linked to a host of other illnesses, including heart disease and strokes. The theory behind the link between dementia and poor oral health is that bacteria found in the mouth can travel up to the brain, resulting in inflammation and damage to the brain.

The results do not mean that poor oral health causes dementia, however.

“People with dementia neglect their oral hygiene. It is important that their caregivers assist with oral health care,” says David A. Albert, D.D.S., M.P.H. Dr. Albert is associate professor and director of community health at the Columbia University College of Dental Medicine. “All seniors should make regular dental appointments for check ups and to maintain their oral health.”

This entry was posted on Tuesday, August 21st, 2012 at 9:58 am and is filed under Gum disease, Oral health. Both comments and pings are currently closed.