Stoke’s oldest dental practice due to open under new ownership 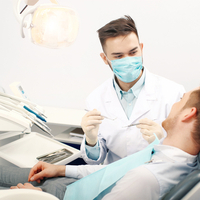 Stoke-on-Trent’s oldest dental practice is set to reopen next month (November) under new ownership. AR Fee Dental Practice, which has been operating as a dental clinic since 1891, has been taken over by Synergy Dental & Implant Centre.

Plans for the practice, which will be rebranded and known as Synergy Dental @ Fountain Place, are part of a £1 million investment programme, which will build on the successes already achieved by Synergy Dental. Over the course of the last decade, the company has expanded and grown significantly, and the recent acquisition underlines ambitions for further development.

The Newcastle Street practice has been treating local patients for well over a century and is believed to be the second oldest dental surgery in England.

Although the practice will be renamed and rebranded under the Synergy Dental logo, resident dentist, Alistair Fee will be staying at the practice, much to the delight of patients. Practice director, Lesley Barlow, said that plans have been in place for some time now, and it’s wonderful to be able to share the news with patients and local residents. Synergy Dental has grown hugely over the last ten years and this latest move is an incredibly exciting step for the brand. Speaking about the practice, which is located in the Mother Town area, Ms Barlow described the friendly and highly-respected surgery as a “perfect fit.”

New investment in the clinic will facilitate renovation and refurbishment work and the addition of state of the art equipment and machinery. The practice will continue to provide both NHS and private dental care.

This entry was posted on Wednesday, October 16th, 2019 at 10:02 am and is filed under 'Invisible' braces. Both comments and pings are currently closed.