Standards of oral health are deteriorating among Peterborough’s children 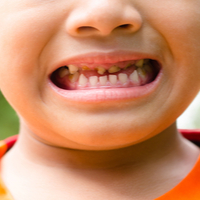 New statistics show that standards of oral health are deteriorating among children in Peterborough.

A survey carried out by Public Health England showed that 38% of 5-year-old children in the town had signs of dental decay in 2018/2019. The poll involved a group of 224 children. The number of 5-year-olds in Peterborough is approximately 3,350, meaning that up to 1,260 could have tooth decay.

The recent figures are alarming not solely because of the prevalence of decay, but also because they show a decline in oral health. In 2016/2017, 32% of children had signs of decay.

The proportion of children in Peterborough with decay is significantly higher than the average for the region. In the East of England, 19% of 5-year-olds have signs of decay. The national average for England is 23%. The highest rates were recorded in Darwen, near Blackburn (51%), with the lowest in Hastings, Sussex. Here, just 1 percent of children have tooth decay.

In response to the figures, the British Dental Association has criticised successive governments for failing to prioritise dental care and labelled the gaps between affluent and poorer areas “grotesque.”

Chair of the BDA, Mick Armstrong, has called for more to be done to ensure that every child has access to dental services and to improve oral health education.

Tooth decay is the most common cause of hospital admissions among children in England. Figures suggest that in Peterborough alone, the NHS spent £75,000 on hospital tooth extractions for children in 2018/2019.

This entry was posted on Friday, April 3rd, 2020 at 4:59 pm and is filed under Children's Dentistry. Both comments and pings are currently closed.