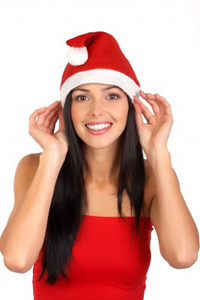 The event was run by Birkdale Dental Centre in partnership with Sefton 4 Good and the proceeds of the shopping evening will be donated to local charities, including Sefton’s Children’s Trust, Seaforth Community Shop, Southport Soup Kitchen and Southport Foodbank.

During the evening, shoppers were treated to an array of local gifts and produce and a fashion show from Muse Southport; there was also a raffle with prizes up for grabs, which had been donated by local businesses, including the Genting Casion, the Ramada Plaza Hotel and Curling U Softly.

The shopping event raised a total of £500 and the money will be divided between the four charities, which were chosen by Leila Idrissi, the organiser of the event.

Sam Smith, from Sefton 4 Good, said that Birkdale Dental Centre was the first local business to organise a charity event with the organisation and Leila worked extremely hard to make the shopping event a huge success. Sam added that the evening was great fun, as well as a chance to support local charities and she said she was delighted with the amount of money that was raised for the causes.

Leila said that local businesses had been really supportive of the event and thanked everyone who attended the shopping evening in support of the charities.

This entry was posted on Monday, November 25th, 2013 at 11:14 am and is filed under Charity. Both comments and pings are currently closed.