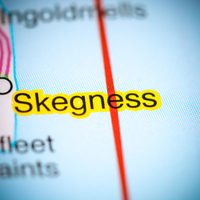 A dentist who has worked in Skegness for 30 years has bid a fond farewell to patients and colleagues.

Tamara Good, from Clark Dental Studio Ltd, was due to retire later in the year, but decided to call it a day a few months early due to the Coronavirus crisis. Tamara has been treating the town’s residents for three decades, and practice owner, Dr James Clark, said that she will be missed by staff and patients alike.

Tamara graduated from Dundee University in 1977 and went on to complete postgraduate study at Dundee and Manchester Dental Hospital. After working in general dental practice in Dundee, Tamara relocated to Skegness with her husband, Ross. In 1990, Tamara joined the Perry & Clark practice while also working at Pilgrim Hospital.

Over the years, Tamara said that there have been major changes in dentistry, but she has always loved her job and been honoured to work as part of a “close-knit team.” After 30 years, Tamara said that she will miss her patients terribly and thanked them all for their well-wishes. Tamara patient’s will now be cared for by Owen Alcock, who joined the practice in January.

This entry was posted on Wednesday, July 29th, 2020 at 4:20 pm and is filed under 'Invisible' braces. Both comments and pings are currently closed.