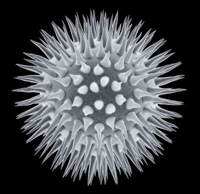 It has been confirmed that sixty dental patients have tested positive for hepatitis and HIV in Oklahoma; around 7000 patients were advised to go for testing after concerns were raised about infection control and needle use at a practice in Tulsa.

Health officials revealed that at least sixty people have tested positive for the blood borne infections after attending Scott Harrington’s Tulsa dental practice. These results were from the first round of tests, which involved around 3,200 patients.

Director of the Tulsa Health Board, Dr Bruce Dart, said that it was understandable for people to be concerned by the first round of test results and assured patients that they would be contacted to discuss their results. All those who tested positive will also be offered counselling and support. The department also stated that it was possible that not all cases were related to the dental practice.

Authorities launched the investigation after a patient with no risk factors tested positive for hepatitis C and HIV; officials carried out a surprise inspection of the practice and found used needles and rusty equipment. The practice was also reported to the Oklahoma Board of Dentistry after it as revealed that bleach was poured onto patient’s wounds “until they turned white.”

This entry was posted on Friday, April 19th, 2013 at 9:37 am and is filed under Oral health. Both comments and pings are currently closed.