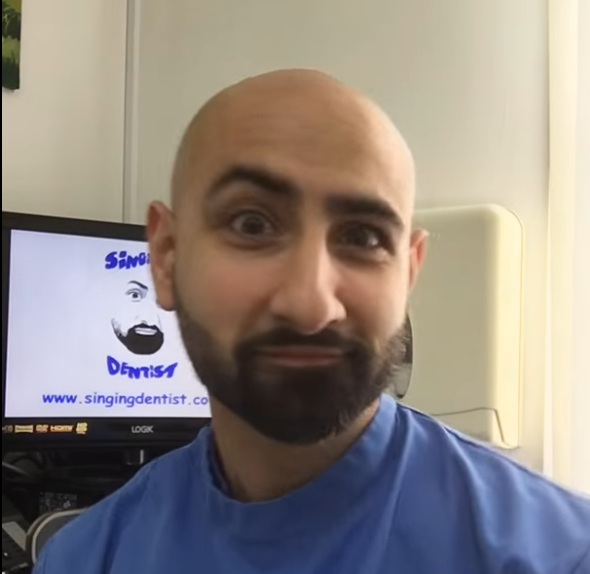 Basingstoke’s Singing Dentist has expressed an interest in getting Craig David involved in his next video after his Ed Sheeran cover went viral.

Milad Shadrooh shot to fame last year after he uploaded a dental parody onto YouTube. The ‘Singing Dentist’ as he became known, received thousands of hits, and his songs, which featured lyrics related to dentistry, were shared all over social media. Since he first became an overnight Internet sensation, Milad has appeared on TV and radio shows.

Milad’s most recent smash was a cover of Ed Sheeran’s chart-topping hit, Shape of You, and now, the ambitious dentist is hoping to work with local star, Craig David. Milad has already come up with a dental-themed version of Fill Me In, and he is desperately hoping to duet with the Southampton singer before releasing it. Milad has offered Craig an open invitation to pop down to Chequers Dental Surgery and lay down some vocals in exchange for a dental check-up.

Milad has high hopes for the song, based on previous success, and he believes that the message it sends could be hugely beneficial for young people. If millions of people are listening to the lyrics and watching the video, the subliminal oral hygiene messages are bound to get through, and hopefully, we’ll have a healthier nation in years to come.

The videos are a bit of fun, but the message behind them is really important. Children are losing teeth due to preventable decay, with thousands undergoing treatment in hospital. Milad’s videos are a fun way to get kids to learn about oral hygiene, and hopefully, encourage them to take better care of their teeth and gums.

This entry was posted on Monday, March 6th, 2017 at 1:00 pm and is filed under celebrity dentistry. Both comments and pings are currently closed.