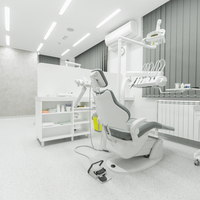 A dental clinic in Sheffield will stop providing NHS services, the owner of the practice has confirmed. Sandygate Dental in Crosspool will temporarily cease to offer NHS dental care due to a shortage of staff, which has impacted capacity.

The clinic has advertised for a new dentist to join the team, but has been unable to recruit additional members of staff. As a result, it is no longer viable for the clinic to offer NHS treatment.

Practice manager, Nicola Alesbrook, blamed “chronic underinvestment in NHS dentistry” for the situation, and claimed that the decision has been very difficult to make. The practice has struggled to fill vacant roles, and as a result, there aren’t enough staff to keep up with demand for NHS appointments. Ms Alesbrook explained that it was increasingly difficult to keep up with mounting overheads and to recruit members of staff. This is not an isolated example, with practices all over the country finding it tough to bolster dental teams.

NHS funding is falling, despite the fact that fees are increasing, and Ms Alesbrook said that practice owners are being forced to spend more, which simply isn’t sustainable. The move will impact the staff, but also, most regrettably, loyal patients who haven’t done anything to deserve being without an NHS dentist.

A spokesperson for NHS England said that the organisation is working with Sandygate Dental to resolve issues and added that an additional funding pot of £1.29 million had been provided in the last two years to improve access to NHS dental services in Sheffield. Patients who are struggling to see a dentist are advised to find places using the NHS Choices website.

This entry was posted on Tuesday, March 26th, 2019 at 12:29 pm and is filed under General. Both comments and pings are currently closed.