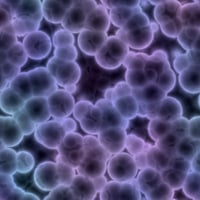 Hollywood actor, Michael Douglas, has sparked debate about oral cancer after claiming in an interview with the Guardian that he contracted oral cancer two years ago as a result of having oral sex.

Douglas later confirmed that what he meant was that HPV was the cause of cancer and although experts have been quick to say that it is impossible to pinpoint the cause of a case of oral cancer as oral sex, the comments have been useful in getting people to think about oral cancer and learn that HPV is a risk factor for the disease. HPV (human papilloma virus) is a very common virus, which is spread through sexual contact; it has been identified as a risk factor for cervical cancer and recent studies have shown that it also increases the risk of oral cancer.

Oral cancer is becoming increasingly common and affecting a wider age group and the fact that more people are taking note of this deadly disease can only be a good thing, especially as the number of cases has almost doubled in the last decade and many people are still unaware of the causes and symptoms. Experts and representatives from cancer charities have urged people not to panic but it is important to be aware that HPV is a risk factor for oral cancer. According to statistics, around 8 out of 10 people are infected with HPV at some point in their lives; there is no treatment because in the vast majority of cases the virus does not cause any problems.

HPV can be detected in smear tests, which are recommended for women aged over 25, but there is no test to detect HPV in men.

The advice from dental experts is to practice safe sex, avoid smoking and drink in moderation; regular dental visits are also essential. Symptoms to look out for include abnormal lumps or swelling in the mouth or throat, red or white patches in the mouth and ulcers that take a long time to heal (more than two weeks).

This entry was posted on Wednesday, June 5th, 2013 at 10:48 am and is filed under Oral health. Both comments and pings are currently closed.