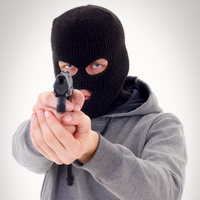 Scottish police have released CCTV footage after a dental practice in Edinburgh was targeted by an armed robber.

Police Scotland has published a series of images captured from cameras, and officers are appealing for information from anyone who saw the individual or is able to identify him. Police are eager to question the individual in connection with an armed robbery, which took place in Ratcliffe Terrace on the 8th February.

Thankfully, nobody was injured in the break-in earlier this month, but a number of items were taken from the practice treatment rooms.

Police have described the man they wish to talk to as around 6ft tall with a slim build and an Eastern European accent. He is believed to be in his 30s.

This entry was posted on Tuesday, February 26th, 2019 at 5:00 pm and is filed under General. Both comments and pings are currently closed.