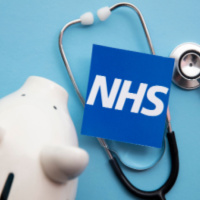 Dentists have accused the Scottish Government of “pulling away the life support” from NHS dental services. The comments came after health secretary, Humza Yousaf, confirmed that additional payments will decrease from 70% to 30% from August.

Uplift fees, known as ‘multiplier payments,’ were introduced in April to help practices to recover in the wake of the pandemic. The extra payments were designed to help practices to cover the costs of enhanced infection control measures and reduced incomes due to capacity limits.

Chair of the BDA’s Scottish dental practice committee, David McColl, hit out at the decision to reduce payments, which “helped ensure NHS dentists received fees for care that actually covered their costs.” Mr McColl said that ministers were “playing with fire” and added that cutting support fees would “leave colleagues churning out dentures at a loss while thinking twice about their future.”

Mr McColl also accused the government of backtracking on promises to support NHS dentists and facilitate the provision of free dental care for all patients. Describing the policies as “short-sighted,” he claimed that moves like reducing payments for NHS practices would have the opposite effect, making dental care less accessible and widening gaps in health equality.

The BDA criticised ministers after the health secretary claimed that “considerable progress has been made in NHS dental services and oral health improvements” in recent years. Mr Yousaf claimed that the government is on hand to continue to support dentists and ensure that the NHS dental service is “unequalled in the world today.”

This entry was posted on Thursday, June 30th, 2022 at 11:41 am and is filed under NHS Dentistry, Scotland. Both comments and pings are currently closed.