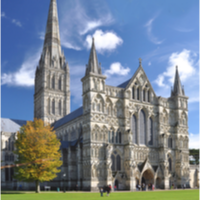 Staff at THE dentist, Salisbury, are taking part in a charity walk to raise money for a new MRI scanner as part of the Stars Appeal MRI Scanner Campaign. The team is preparing to take on the Walk for Wards challenge in support of their colleague, who was diagnosed with a brain tumour in December 2018.

Dental nurse, Zoe Noble, 25, was diagnosed with a grade 2 brain stem tumour and she claims that an MRI scan saved her life. Now, she wants to do something to help others, and her colleagues were more than willing to support her in her quest to get involved with the Walk for Wards.

Zoe had been struggling with symptoms for two years before she was sent to Salisbury District Hospital for an MRI scan. During that period, she had been given several different diagnoses and had, at one point, been described as a “medical mystery.” Within a week of having two scans, Zoe had been called in and told by doctors that she had a brain stem tumour. She started treatment immediately, and is currently undergoing radiotherapy.

Walk for Wards takes place on the 7th July, and Zoe and the team have set a fundraising target of £1,000. A new scanner will enable more people to benefit from advanced scanning and also reduce waiting times.

To donate to the team’s fundraising effort, visit justgiving.com/alison-harris14.

This entry was posted on Friday, March 8th, 2019 at 5:00 pm and is filed under Charity, General. Both comments and pings are currently closed.