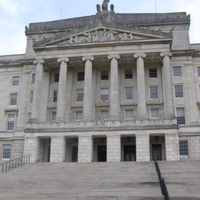 Dentists in Northern Ireland are welcoming patients back for routine treatment, despite concerns about the availability of PPE.

Under new guidelines, routine services were restarted on Monday 20th July. There had been plans to deliver around 3 million units of PPE to practices across the country to enable teams to offer a more comprehensive treatment list, but delays have put some services in jeopardy. Ministers admitted that the logistical operation to distribute such a vast supply of PPE had been a major challenge, and some practices have been unable to reopen as planned as a result of the setback.

Belfast dentist, Alan Clarke, is one of many dentists in Northern Ireland expressing concerns about the future of dentistry. Speaking to BBC presenters, Mr Clarke said that most practices are facing a “crisis” due to soaring running costs and reduced incomes. It is becoming increasingly difficult for dentists to cover costs, Mr Clarke explained, and many practitioners don’t know what to tell patients who are calling in and trying to secure an appointment. PPE provision is an issue, as costs continue to rise, and there are restrictions in place, which affect patient numbers. The situation is so bad that Mr Clarke suggested that some practices are already in crisis with urgent help needed to stop businesses going bust.

Independent dentists in Northern Ireland have appealed to Stormont for assistance with buying PPE in a bid to reduce the risk of closures. One dental body claimed that up to 90% of practices could fold without urgent help.

This entry was posted on Wednesday, July 22nd, 2020 at 4:12 pm and is filed under Coronavirus health panel. Both comments and pings are currently closed.