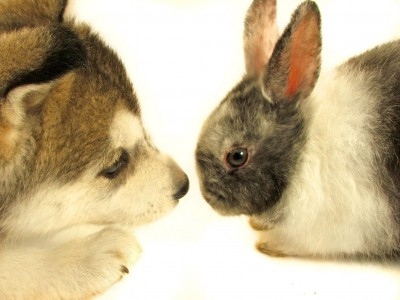 The Romford branch of Pets at Home has confirmed that it will stop selling muesli rabbit food amid concerns that it is bad for rabbit’s dental health.

Research carried out by the University of Edinburgh and Burgess Pet Care revealed that rabbits who fed on muesli were at a greater risk of experiencing digestive and dental issues.

Experts advise owners to change their pet’s food over the course of around two weeks, so the store will phase the product out to give owners time to gradually introduce their bunny to a new type of food.

Maeve Moorcroft, from Pets at Home, said that rabbits are used to a diet of hay and should make up around 80 per cent of their diet; she added that the presence of nuggets are best for making up the remaining 20 per cent, as well as leafy greens. She also said that fresh water should be available at all times.

Rachel Roxburgh, rabbit welfare scientist at the RSPCA, said that the RSPCA welcomed the action taken by Pets at Home in light of the research conducted on rabbit muesli.

The store at the Rom Valley Way Retail Park will be the first in the UK to phase out the food, but other branches will follow and eventually the product will not be sold in any Pets at Home stores.

This entry was posted on Friday, April 19th, 2013 at 9:52 am and is filed under Animal Dentistry. Both comments and pings are currently closed.