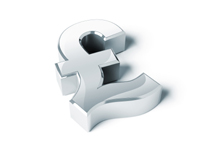 Private dental patients in Edinburgh can expect to pay twice as much for treatment than their counterparts in Glasgow, figures have revealed.

The cost of a check-up has risen to £74 in Edinburgh, compared to an average cost of just £27 in Glasgow; this represents a price difference of 174 per cent.

The figures, which were obtained as part of a survey carried out by WhatClinic.com, revealed that Edinburgh was the second most expensive city to have a check-up, behind London; in contrast,Glasgow was one of the cheapest.

There is also a huge difference in the cost of dental implants; on average, treatment costs £2273 in Edinburgh and just £800 in Glasgow.

The WhatClinic.com survey found that patients can expect to pay an average of 42 per cent more for treatment in Edinburgh than Glasgow.

Marketing manager for WhatClinic.com, Philip Boyle, said that the disparity between the two cities, which are very close together geographically, is shocking. Mr Boyle said that patients in Edinburgh may be unaware that they could save hundreds of pounds by visiting a private dentist in Glasgow.

The survey analysed fees from 3,000 dental practices across the UK; 50 of those were located in Glasgow and 30 in Edinburgh.

Figures for the whole of the UK suggest an increase of 22 per cent in the price of a check-up with a private dentist.

This entry was posted on Wednesday, October 31st, 2012 at 10:35 am and is filed under General. Both comments and pings are currently closed.