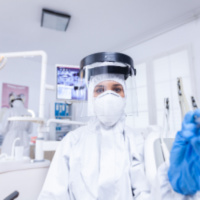 Mr Morgan said that the city has become a “dental care desert” during a debate on GP and dental services in England. Speaking about the crisis, Mr Morgan said that one family that had contacted him were driving all the way to Watford for dental appointments because it was impossible to find an NHS dentist closer to home.

Mr Morgan described the situation in Portsmouth as “healthcare hell” with a growing number of people left without access to dental services. Most people can’t afford to pay to see a private dentist and there are no NHS places available in the area. The crisis is causing patients to attempt DIY dentistry, endure agonising pain or consider taking out loans or borrowing money from friends and family to pay for care.

Statistics show that there are 42 dentists per 100,000 patients in Portsmouth. This is the 7th lowest number in the country.

Speaking in the House of Commons, Mr Morgan called for health ministers to wake up and take action, as the situation across the UK deteriorates. He called for the government to intervene to tackle backlogs and develop a new “workforce strategy” to provide people with the NHS services they “expect and desperately need.”

The health secretary, Sajid Javid, said that the government has pumped £92 billion in extra funding into the NHS during the pandemic. Spending will rise to £162 billion per year by 2024/2025.

This entry was posted on Monday, June 27th, 2022 at 8:53 am and is filed under Dental Access. Both comments and pings are currently closed.