Popular March dentist hangs up her drill after 27 years 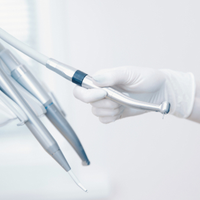 A popular dentist from March has hung up her drill after treating local patients for 27 years.

Dr Barbara Taylor has bid colleagues and patients at Upwell Road Dental Centre a fond farewell after spending nearly three decades at the practice. Barbara came to Fenland in 1989 with her husband Martin and has been an integral part of the local community since.

As well as providing treatment for patients at the March practice, Barbara has also offered home-based care for those who struggle to get out and about over the years.

Barbara decided to pursue a career in dentistry because she was interested in the field of medicine, but knew she didn’t want to be a doctor. Having trained in Sheffield, Barbara and Martin, a GP, settled in March. Initially working full-time, Barbara became part-time when she had children, and she thoroughly enjoyed living and working in the same town and really getting to know patients, colleagues and fellow parents.

An active member of the local parish church congregation and a volunteer at March Food Bank, Barbara is planning to keep busy during her retirement. She has two children and she is hoping to see more of the world in the coming months and years.

On leaving the practice, the much-loved dentist thanked all her colleagues and patients for their support and kind wishes, and said that she will miss everyone, but will keep in touch. Barbara will be succeeded by dentist, Gabriela Florica.

This entry was posted on Thursday, October 17th, 2019 at 4:30 pm and is filed under 'Invisible' braces. Both comments and pings are currently closed.