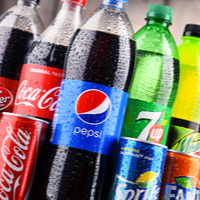 A dentist from Pontypool has issued parents with a warning over the impact of sugary and fizzy drinks, after seeing babies and young children with extensive decay.

Lauren Harrhy said that there have been major improvements in children’s dental health in Wales in recent years, but stressed that decay is still commonplace. This is largely due to dietary habits, with some children and babies given sugary drinks and fizzy pop in bottles and cups. Speaking about the prevalence of cavities, Ms Harrhy said that many parents are still giving children sugary drinks to go to bed with, and that children are not being supervised when brushing their teeth.

Babies tend to sip on bottles during the night, and this means that their teeth are constantly exposed to bacteria and harmful acids that are produced when bacteria feed on sugars. Instead of giving children bottles full of pop or cups with milkshakes inside, Ms Harrhy recommends milk and water. When talking to parents, the Pontypool dentist said that some are unaware of the sugar content of products like milkshake and juices. The trouble is that these products can often contain the same amount of sugar as cola.

The number of children under two having teeth extracted in Wales has fallen by over 40% in the last four years, but there is still a way to go. The latest figures also show that there has been an 8% increase in the number of check-ups, which shows that more parents are taking young children to the dentist. The Designed to Smile programme has made huge strides, but Ms Harrhy believes that more needs to be done to educate parents, especially when it comes to diet. Cutting out bedtime drinks like sugary cordial, pop, and flavoured milk could make a really positive difference to oral health standards among babies and toddlers.

This entry was posted on Tuesday, September 24th, 2019 at 9:54 am and is filed under Sugar. Both comments and pings are currently closed.