Plymouth patients face a lengthy wait to see a dentist 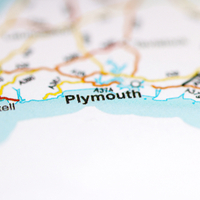 Dental patients are facing lengthy waits in Plymouth, new figures have revealed. Statistics released for electoral wards within the city show that waiting times are increasing in many parts, with over 14,000 people currently on a waiting list.

A new map, which shows the number of people on a waiting list per 10,000 residents, highlights the worst-affected areas, including Devonport, St Budeaux, St Peter’s and the Waterfront and Sutton and Mount Gould. The rates in these areas are between 596 and 657.7 per 10,000 people.

Labour councillor for Plymouth, Kate Taylor, shared the new data on Twitter, suggesting that the map indicated that deprived areas were worst affected. Alongside the image, she wrote, “There were over 14,000 on the waiting list in October 2019 and this is increasing monthly. This clearly disproportionately affects the poorest and most deprived in our city, it just isn’t good enough.”

News of the situation in Plymouth comes shortly after the British Dental Association urged the government to take urgent action to reduce waiting times in Devon and Cornwall. The South-West is the worst-affected region in terms of access issues, with over 450,000 people in the region waiting to join an NHS register. This equates to more than 10% of the population.

In response to concerns about access to NHS services, there are plans to create a new dental centre, which would be staffed by fifth-year students from Plymouth University’s Peninsula Dental School. No further information about the service has been confirmed yet.

This entry was posted on Wednesday, January 15th, 2020 at 11:31 am and is filed under Dental Access. Both comments and pings are currently closed.