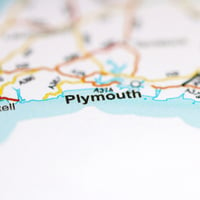 The leader of Plymouth City Council has called on the government to act urgently to solve a deepening dental crisis.

Tudor Evans described the current situation as “shameful” and said that immediate action was required to prevent patients from resorting to extreme measures to deal with dental pain. Thousands of people are unable to see an NHS dentist, and there have been reports of patients attempting DIY dentistry as a result.

Cllr Evans was speaking after the release of a report compiled following an investigation into dental health in Plymouth. The report revealed that children in the city are up to four times more likely to need teeth extracting under general anaesthetic than youngsters in other parts of the region. At a council meeting on Tuesday 10th March, the leader stated that improvements have to be made urgently and appealed for councillors to make contact with MPs to raise the issue in the House of Commons. Fellow Labour council member, Kate Taylor accused Public Health England of “dragging its feet” in response to access issues.

A recent study found that 14,000 adults and 3,000 children are currently on waiting lists in Plymouth. The report also highlighted significant differences between different parts of the city.

NHS England representatives have spoken about recruitment difficulties recently, with trusts across the country finding it difficult to fill dentist vacancies. A shortage of staff is causing budgets to decrease and contributing to a reduction in the number of NHS places.

This entry was posted on Thursday, March 12th, 2020 at 12:13 pm and is filed under Dental Access. Both comments and pings are currently closed.