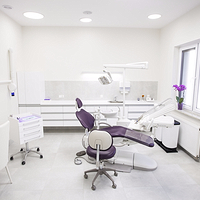 Plans have been submitted to convert a run down, disused pub on New Hall Lane in Preston into a brand new dental practice.

PWA Planning has sent in an application to restore the premises formerly occupied by the Belle Vue pub into a new dental surgery. They will now be considered by planning officers at Preston City Council. In a statement, PWA Planning confirmed the proposed redevelopment of the former Belle Vue pub in New Hall Lane. The renovated premises would become a dental surgery and a retail unit in a move that would provide a positive contribution to local business, as well as enhancing the health of the local population.

An application to turn the vacant pub into a block of four flats was submitted earlier this year; however, it was later withdrawn. The pub has been closed since 2014 and the building is in a state of disrepair. The project would create eight new full-time jobs.

Anyone who wishes to comment on the plans is advised to visit the Preston city Council website.

This entry was posted on Wednesday, November 30th, 2016 at 6:05 pm and is filed under cosmetic dentistry, General. Both comments and pings are currently closed.