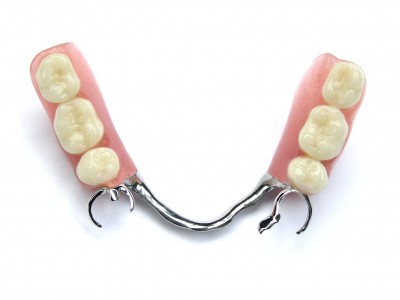 Pictures of a set of bespoke gold and platinum dentures belonging to a mystery Russian aristocrat, have been unveiled.

The dentures were designed by Faberge and were discovered by archaeologists who were digging near a church in St Petersburg. The identity of the aristocrat is unknown and she is currently known only as Lady X.

Researchers believe that the woman was between 50 and 60 years old when she died; they estimate that she passed away during the early 1920’s before the Bolshevik Revolution.

Scientists were taken aback by her glinting jaw, which features the bespoke gold and platinum dentures.

Professor Yury Molin, deputy head of the Bureau of Medical Forensic Examination for Leningrad, said that the team was wrapping up the dig when one of the team cried out and encouraged everyone to come and see what he had found.

Alexander Gorshkov discovered the body near Taitsy village church, which was severely damaged during the war.

Further investigations by dental experts revealed that the denture was designed by the Karl Faberge house; the denture dates back to the beginning of the 20th Century.

This entry was posted on Thursday, July 11th, 2013 at 10:31 am and is filed under Dentures. Both comments and pings are currently closed.