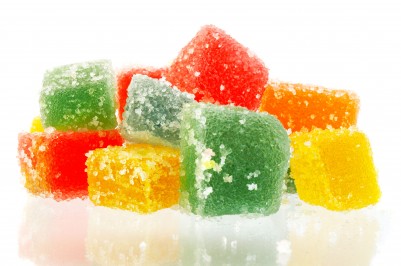 A study has revealed that food manufacturers are putting increasing amounts of sugar in their food products.

The research project, which was recently published in the Journal of the American Medical Association, concluded that not only were manufacturers stuffing their foods with sugar, but, alarmingly, consumers were completely unaware how much sugar they were eating; some people may be eating up to 46 teaspoons of sugar per day, without even realising it.

The study examined nutritional data given by six thousand men and women during the period of time between 1999 and 2006; the group was split into five according to how much added sugar and calorific sweetener the individuals consumed on a daily basis. Those with a high daily consumption were unwittingly consuming around 46 teaspoons of sugar each day, while those with the lowest daily consumption were taking in around 3 teaspoons of added sugars each day; the study did not examine natural sugars, which are often found in fresh fruit and fruit juices.

Eating a diet that is extremely high in sugar can be as dangerous as having one that is high in fat; this was the first study that focused on the link between artificial sweeteners and added sugar and cholesterol. The results showed that a diet high in added sugars was as dangerous in terms of contributing to health conditions such as heart disease and high blood pressure, as a diet that is high in fat.

High sugar intake also contributes to oral health problems including tooth decay and gum disease; dentists have reported an increase in the number of young children with cavities and decay, which is largely due to a poor diet that is high in sweet foods. Adults that eat a diet which is made-up of fast food and ready-made meals are also endangering their oral health and are much more likely to experience dental health problems than people that eat a healthy, balanced diet. Sugar temporarily weakens the enamel surface of the teeth, making them more susceptible to harmful oral bacteria and subsequent decay.

Researchers and health experts say that the total consumption of added sugars and calorific sweeteners has risen considerably in recent years; this is largely due to the boom in convenience and ready-made foods that are often packed with salt and sugars, without people realising.

Experts have warned against the dangers of consuming too much sugar and have advised people to take care to read food labels carefully and moderate their sugar intake accordingly.

This entry was posted on Wednesday, April 21st, 2010 at 11:26 am and is filed under General. Both comments and pings are currently closed.