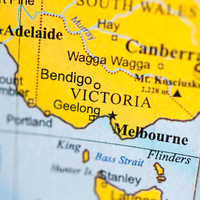 Patients in the state of Victoria in Australia are waiting up to four years for treatment, new data has revealed.

Recently, the Victoria branch of the Australian Dental Association released data obtained under the Freedom of Information Act. The information confirmed that some patients had waited up to 48 months for general dental treatment. Chief executive of the association, Matt Hopcraft, said that current funding levels meant that only 16 percent of those eligible for public dental treatment were able to see a dentist in the state. This equates to just 400,000 patients out of 2.4 million people.

Prof Hopcraft said that people who are missing out on routine appointments are at risk of health problems, as well as confidence issues related to their speech and the look of their smile. Children may miss valuable classroom time as a result of missing school due to dental pain, and adults could find it more difficult to find a job because of poor oral health. The implications of being unable to see a dentist run much deeper than dental pain, and the effects can be long-lasting.

Figures show that the average waiting time for public dentistry was 19.7 months, and this represents an increase of 67 percent since 2014/2015.

To combat the problem and enable more patients to see a dentist sooner, the association is calling for increased funding from state and federal governments. Representatives from the ADA suggest that a funding injection worth $200 million would be required to deliver an effective public dental health programme.

This entry was posted on Wednesday, August 8th, 2018 at 3:35 pm and is filed under General. Both comments and pings are currently closed.