Paignton Zoo baboons polish up on dental hygiene, as they are spotted flossing 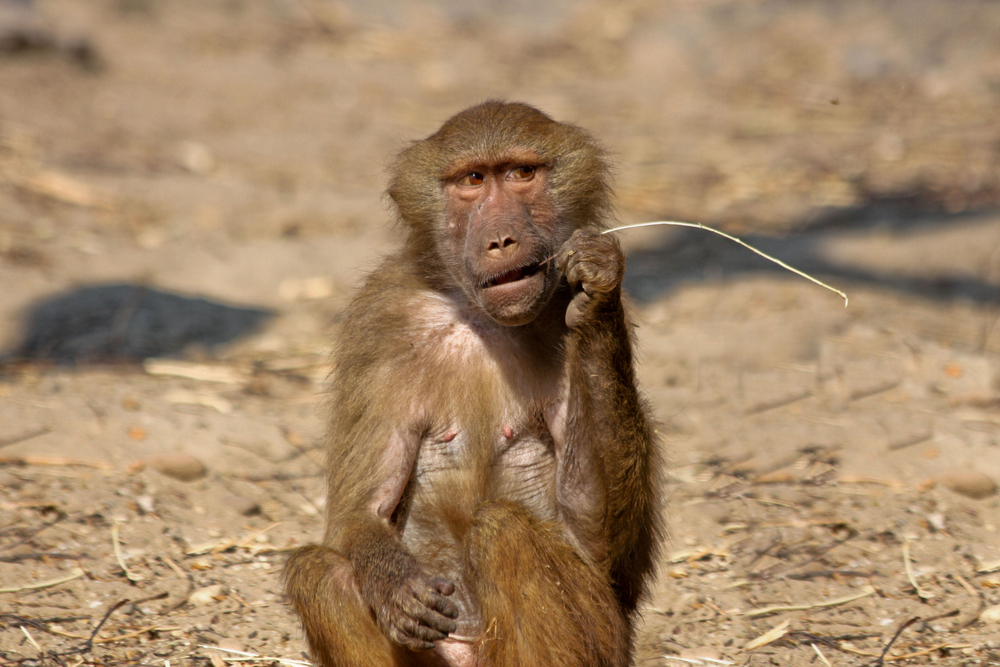 It’s well documented that humans have a lot in common with members of the ape family, but most of us will never have given much thought to how monkeys take care of their teeth. Recently, in a display captured by keepers at Paignton Zoo, it became clear that it’s not just human beings who like to look after their pearly whites, as the zoo’s baboons were spotted flossing.

A group of baboons were watched by fascinated keepers, as they used hair from an old brush as well as their own fur, to clean between their teeth. The baboons slid the broom bristles and strands of hair between the teeth, removing debris and food pieces to leave their teeth sparkling clean.

Speaking to representatives from 5 Live, zoo worker, Phil Knowling, described the sight of the baboons practising dental hygiene as “amazing,” and said that it provided an incredibly interesting insight into how the animals learn and share behavioural habits.

This entry was posted on Monday, September 10th, 2018 at 4:30 pm and is filed under Animal Dentistry. Both comments and pings are currently closed.