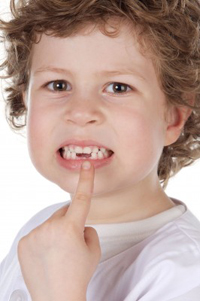 The British Society of Paediatric Dentistry (BSPD) has called for talks with representatives from the Department of Health following the airing of a documentary called The Dentists on ITV.

The programme followed members of staff working at the University of Manchester Dental Hospital and highlighted some of the key oral health issues facing dentists in the UK today.

Spokeswoman for the BSPD and consultant in Paediatric Dentistry at the hospital, Claire Stevens, said that the programme underlined important messages for health providers and parents, especially as many of the children featured in the documentary had problems, which were completely preventable. The show followed the journey of a number of children who needed extraction under general anaesthetic as a result of extensive and severe decay and Claire Stevens believes that it is more important than ever that children have access to specialist paediatric dentists.

Stevens claimed that now is definitely not the time to be cutting back on specialist staff and stressed the importance of dentists working with health officials and politicians to address the issue of oral health problems among young people in the UK. She added that it is “entirely unacceptable” for children to be undergoing treatment under general anaesthetic for dental problems, which are preventable, in the 21st century.

Stevens added that the documentary highlighted some pressing issues, as well as giving the public an insight into the work carried out by dentists; however, she stressed that in some cases, it is important to realise that children are inherently more susceptible to decay than others and therefore blaming parents is not always the answer.

This entry was posted on Thursday, June 26th, 2014 at 10:10 am and is filed under Oral health. Both comments and pings are currently closed.