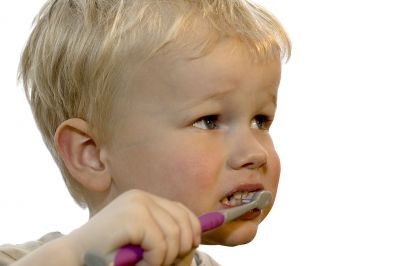 A teenager from Summertown, Oxford, has developed an innovative app to enable parents to tell whether their children are brushing their teeth properly.

Joana Baptista, 13, developed Brush! after wondering whether her parents would know if she didn’t bother to clean her teeth properly while brushing one night. From here, she set about building on the idea and is now in the process of developing a prototype. The technology is compatible with almost every toothbrush and it sends alerts to parents and children to show them how well the child is cleaning their teeth.

In addition to monitoring brushing using heat sensors that react to the movement of the brush head, children can also take part in brushing challenges and share their results with friends on Facebook. Parents can also send virtual gifts and rewards if children are doing a good job.

The concept of the app recently won ‘Best Commercial Potential and Audience Selection’ at the Emerging Tech Weekender event, which took place at Oxford Brookes University. At the event, five teams competed to turn an idea into a viable business concept with the potential to succeed in the world of commerce. Joana was joined by two students from Oxford Brookes University and 11 year old student, Tyriah Allison.

Joana is hoping to complete the prototype in the early part of 2015 and she will be pitching the idea to investors in February.

Local dentist, column writer and mother of three, Katherine Rees, said that Brush is a great idea, and could be really beneficial for children and parents. Most parents worry that their children aren’t doing a thorough job when they clean their teeth and Brush! would help to encourage children to put in more effort when they brush and give parents peace of mind.

This entry was posted on Thursday, December 11th, 2014 at 10:56 am and is filed under 'Invisible' braces. Both comments and pings are currently closed.